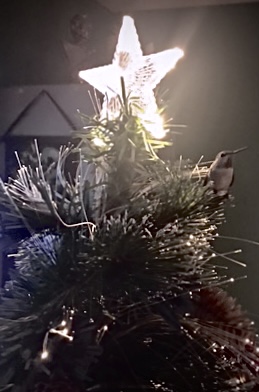 In the early hours of Dec. 21st, Jan and Ina were scheduled to fly to Edmonton but their flight was cancelled. Feeling low and realizing their hummingbird feeders were completely frozen, Ina ventured out the back door in order to exchange it with a thawed one.

Meanwhile Jan was doing the same with a feeder hanging outside the upstairs bedroom window. Unfortunately the back door locked itself when Ina went out so as to not let their two kittens escape. Pounding on the back door was futile because Jan couldn’t hear, and so Ina trudged around to the front through two feet of snow. With frozen feeder in hand, she rang the front doorbell. Proceeding to the kitchen she set the feeder down on the counter and spotted for the first time a small frozen hummingbird clinging on for dear life.

With tears and disbelief, they thought the poor thing was close to death. Not quite sure what to do Ina put the kittens in the laundry room while Jan fetched the cat carrier to contain the hummingbird whose little heart was still visibly beating. Suddenly the hummingbird came to life and started flying around the kitchen. Jan turned the lights out and lured the poor little thing into the front music studio where Ina kept a small Christmas tree on the piano. With a feeder on the top bookshelf, he/she settled down eventually, had a little drink and then landed on the big star on top of the tree. Looking around, the next stop was the top of the bust of Beethoven as if to start singing Ode to Joy. Unbelievable!

Then Hummy saw the big mosaic Jan’s mother had spent a year making hanging on the wall. Quickly flying over to it and landing on the top of the frame, yet another metaphor for love and joy came to life. Ina and Jan left the room to figure out what to do next.

The plan was to open the window and provide an exit. When they returned, Hummy was content to be a living Christmas ornament on the little tree. After letting them take a picture to share with friends, the little miracle flew out to join the other hummingbirds gathered outside the wide open window. Then Jan realized he could heat the back deck by turning on the barbeque and create a little refuge to help them get through the sub zero temperatures. It was a long night, but in the morning all was well. Ina and Jan now believe they were meant to take a flight a few days later in order to save the hummingbirds!

About 35 yrs ago I was hired to write some music for a television show about a young girl and her horse- it was called Letting Go and it was produced and broadcast as a regional prairie drama back when CBC did such things. A week after the broadcast they passed a letter from a fellow in Montreal who wrote in to say how much he liked this theme. With that as encouragement, I wrote some lyrics for it, and a little while ago performed it for the first time at a concert in Duncan.

Here is the video from that event- I hope you like it. It’s an old fashioned country waltz called Be Seein’ You

I wrote and recorded the title track of my album Good Fair World in 2008. This was long before covid, proud boys, or the Russian invasion of Ukraine. 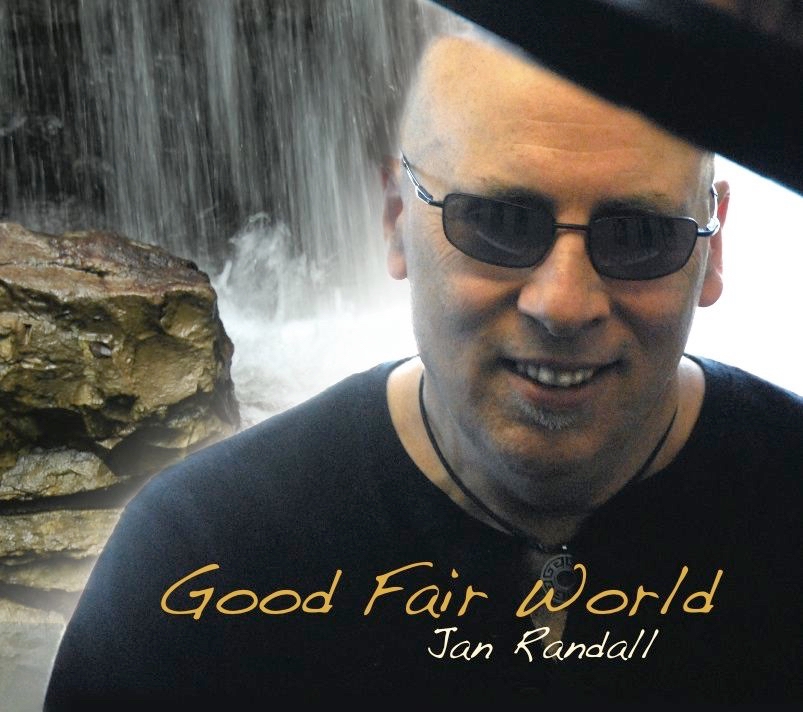 I wrote and recorded the title track of my album Good Fair World in 2008. This was long before covid, proud boys, or the Russian invasion of Ukraine.

My thinking was, world problems seem simple enough to solve, so why don’t we? Is that naive? We never seem to have enough facts to be sure of anything. This was true then and now that trust in the news and our leadership seems to be a trending problem all over, I feel like this little song is sadly gaining in relevance. But am I being sarcastic or optimistic? Both, obviously.

Read your book on the beach
Drink not too far outa reach
A good world is really all we need.

Featured Songs from WAIT IN LINE