I am starting a new act with legendary musician Jack Lavin! Stay tuned for where and when we will launch. After meeting them last summer I have been involved in a number of recording and performance projects and all I can say is there is magic in the air. 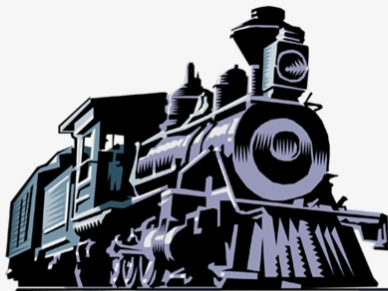 I am starting a new act with legendary musician Jack Lavin! Stay tuned for where and when we will launch. After meeting them last summer I have been involved in a number of recording and performance projects and all I can say is there is magic in the air.

Hailing from Chicago, Jack Lavin was a mainstay in the Vancouver music scene for over 45 years. He was the founding member of the W.C. Handy Award winning Powder Blues and has performed with numerous blues luminaries. As house band leader and jam host at the Yale for nearly 10 years, he brought some of the best performers in the blues idiom to the Yale, Fairview Pub and lots more. Jack has penned many songs and was nominated by the Juno Awards Society as Composer of the Year for his hit Thirsty Ears in ’81. Since then he has been producing albums, recording, writing songs and performing in nightclubs and at concerts. Lavin moved to Victoria, BC in 2018 and continues to bring blues music and musicians to his city. He has performed with: Chuck Berry, Bo Diddley, Robert Cray, Lowell Fulson, Elvin Bishop, John Hammond, Taj Mahal, John Lee Hooker, Otis Rush, Pinetop Perkins, Doug Sahm, Amos Garrett, Shuggie Otis, Long John Baldry, Lazy Lester, Guitar Shorty, Pee Wee Crayton, Jim Byrnes and plenty of others.

Jan Randall has performed on keyboards with numerous internationally famous legends including Bo Diddley, Otis Rush, Gary US Bonds, Sam Lay, (drummer with Paul Butterfield and Howlin’ Wolf), and many more. Jan has also played in some legendary Canadian bands including  the amazing and hilarious Gaye Delorme (Rodeo Song) and guitar virtuoso Amos Garrett and his Eh Team.  Jan’s extensive musical career also includes several years as  Musical Director for Second City,  the Banff International Television Festival and the Irrelevant Show on CBC Radio. He has worked with many superstars such as Bob Newhart, John Cleese, Steve Allen, Mike Meyers, Eugene Levy, Martin Short and Catherine O’Hara to name a few.  In the studio he has an extensive track record as composer/producer for hundreds of soundtracks for CBC, the National Film Board and the Discovery Channel. Since 2016 Randall has been living in Victoria where he also teaches music at the University of Victoria and Victoria School of Music.

Calgary, Alberta born drummer Ross Hall began his career at age 12 as he played in the stage band through junior and senior high school. He turned pro in the early ‘70s when he joined the rock cover band Micky Rat and toured throughout Alberta for nearly 15 years. In ’88 Ross joined up with the Blues/Zydeco band Daddy Long Legs and continued his touring in the Western provinces till ’02 when he relocated to Victoria, BC. In ’14, Hall teamed up with the Bill Johnson Band performing roots/blues till ’17 when he met Hank Lionhart and joined Hank’s bands The Toasters, Uncle Wiggly’s Hot Shoes Blues Band and the Kingpins. Most recently he has performed with blues master Brandon Isaak, Maple Blues Award winners Chris Whiteley and Diana Braithwaite and esteemed blues/jazz singer LJ Mounteney. Ross is a heavy hitting player with a wicked shuffle and is well known for his metronomic time-keeping and dynamics. He is a first-call session man and the perfect addition to any serious rhythm section.